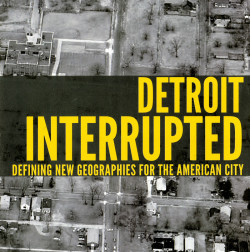 Tracing the Fragile Edges of Development

“…what is to become of a regional urban center that currently is too large for its local government to manage, has too much land to return to near term economic value, and is too spread out to maintain sustainable systems of infrastructure, service delivery, neighborhood and community? What must Detroit do over the next 5, 10, or 20 years to reposition itself as a new form of American city? If Detroit was known for its innovation in the auto industry in the 20th century, what will Detroit be known for in the 21st century? And finally, how can we redefine the geographies of post-industrial cities to create stronger, healthier, and livelier regions?”