The Urban Design program is newly centered on the premise that only a combination of leadership, technical, and design skills will lead to meaningful change in the way we think, plan, and construct our built environments. Building on the leadership of the late Michael Sorkin, the program is specifically designed to foster new conversations in response to our urbanized planetary crises and provide transformative alternatives that radically reimagine our cities as equitable, diverse, resourceful, and ecologically nimble.

Participatory Urbanism fuses research, design, advocacy and leadership in unique and transdisciplinary ways. We bring together technology, practice and activism in different strengths and scales across the program’s innovative pedagogy, year-long “design think tanks” where students and professors work together to define questions, propose solutions, and disseminate their findings. We have deep links and interests in both the Global North and Global South, as well as across the emerging economies of the East. Equity, democracy, intelligence, and efficacy are understood as key and important urban tools. Students in the program will learn how to adapt and translate conventional methods of analysis and production to a new projective framework, resulting in imaginative proposals that productively tap into infrastructural engineering, environmental planning, big data technology, and digital protocols that are fundamentally reshaping our built environments.

Participatory Urbanism is a joint initiative between the J. Max Bond Center for Urban Futures and Graduates Programs Spitzer: architecture, landscape architecture and sustainability in the urban environment – a program fusing engineering, sciences, and social sciences. Together, we provide a broad range of resources, engagement opportunities, and renowned faculty extending to the CUNY system. We aim to equip students to tackle deeply rooted biases and inefficiencies within our urban design and decision-making processes. Research in the program examines specific critical agendas in order to extrapolate alternatives and focuses on flash-point crises such as migrancy, urban interdependencies, social and spatial inequities, epidemiology, urban health, density, and ecology.

The program is designed to be completed in two full-time, sequential semesters. Applicants to the Urban Design programs should hold a professional degree in either architecture or landscape architecture. Applicants from other backgrounds will be considered only in exceptional circumstances and on demonstration of a high level of design ability.

Working both collaboratively and individually, students will pursue the design of an autonomous city in an abstracted setting. The studio-utopian in mood-investigates principles and practices of city design at regional, urban, neighborhood, and architectural scales and engages a wide variety of analytical, representational, and expressive media.

An overview of the general process of modernization implicit in histories of city planning. The class traces the transformation of pre-modern “cities of faith” from a variety of cultures into the proto-modern cities of the Renaissance and the more controlled expressions of Baroque and Enlightenment urbanism. It examines the rise of the “city of machines” of the nineteenth century and concludes with the rise of the modernist urbanisms of Ebenezer Howard, Le Corbusier, and others.

A reading course devoted to close analysis of a series of major texts in urban theory. These readings are broadly drawn from the fields of urbanism, geography, cultural studies, cinema studies and other disciplines. The course aims to show both the range and nuance of styles of reading the city as well as the presence of the city as a shifting trope in larger formats by which we understand and reproduce contemporary culture.

An investigation of the place of the city in a variety of planetary and natural systems that seeks to define the limits of urban sustainability. Using the concept of the urban “ecological footprint”, the course examines the practical boundaries of urban growth, the interaction cities and the environment, the cycles of urban respiration and development, and the fundamentals of a sustainable urban economy.

The second urban design studio will incorporate strategies and methods developed in the first semester in the investigation of a large urban site in New York City. Drawing on a variety of “real world” influences and sources, students will produce viable designs that investigate the interplay of scale, site, program, and vision.

The second urban design studio will incorporate strategies and methods developed in the first semester in the investigation of a large urban site in New York City. Drawing on a variety of “real world” influences and sources, students will produce viable designs that investigate the interplay of scale, site, program, and vision.

Drawing on insights and methods of the first semester, the course examines specific strategies for reading and analysis of urban sites. These will be used to reveal both the limits of different techniques of observation and the ways in which the contemporary metropolis overlays many social and imaginative spaces in the same physical place to produce the multiple and fragmentary territories that characterize the contemporary, plural metropolis.

The second semester of the ecology sequence is focused both on ways in which the city provides a setting and a medium for a variety of human interactions and organizations and on the ways in which the city collaborates in the invention of “people” and in teaching them how to be, how to exist, in the modern world. It explores some of the basic forms of metropolitan life-the crowd, the street, the park, the mass transit system, the store, the office, etc.-as well of forms of loneliness, mass-association, art, entertainment, and politics-via a variety of imaginative and critical texts.

Request Info
Want to know what's on at Spitzer?
Join our email list!

Enjoying the summer break yet? Join us a for an af

So excited to have received the coloring books!

Good luck to everyone as we head into final review

On Monday April 19th from 6-7pm join Spitzer’s U

Please join us next Friday, April 23rd for our Spi 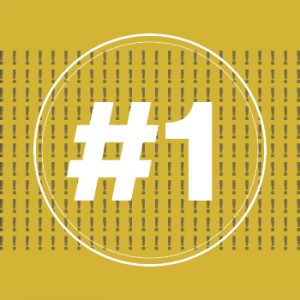 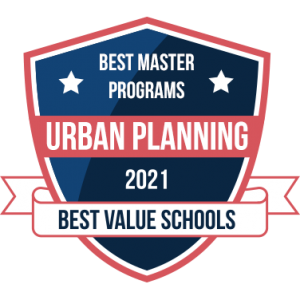