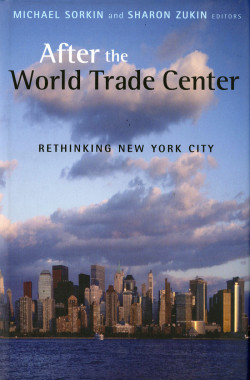 After the World Trade Center

The terrorist attacks of September 11 have created an unprecedented public discussion about the uses and meanings of the central area of lower Manhattan that was once the World Trade Center. While the city sifts through the debris, contrary forces shaping its future are at work. Developers jockey to control the right to rebuild “ground zero.” Financial firms line up for sweetheart deals while proposals for memorials are gaining in appeal. In After the World Trade Center, eminent social critics Sharon Zukin and Michael Sorkin call on New York’s most acclaimed urbanists to consider the impact of the terrorist attack on the World Trade Center and what it bodes for the future of New York. Contributors take a close look at the reaction to the attack from a variety of New York communities and discuss possible effects on public life in the city.