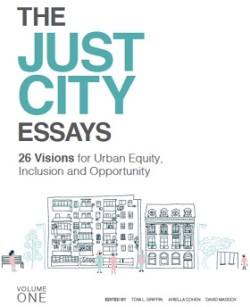 Twenty-six urban thought leaders including mayors, internationally renown artists, architects and activists will release visions for urban justice in a provocative collection of essays published Friday, October 23, by The J. Max Bond Center on Design for the Just City at The City College of New York, Next City, and The Nature of Cities with the support of the Municipal Art Society of New York and the Ford Foundation. More information >>