Architecture as Activism: Lessons from Harlem 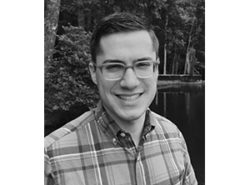 Brian D. Goldstein is an architectural historian and assistant professor at Swarthmore College, Pennsylvania. Goldstein received his PhD from Harvard University in 2013, and he previously taught at the University of New Mexico and the University of Wisconsin-Madison. His research focuses on the intersection of race, class, social movements, and the built environment in the United States.  His publications include The Roots of Urban Renaissance: Gentrification and the Struggle Over Harlem (2017) and numerous articles appearing in the Journal of American History, Journal of Urban History, and edited volumes of Reassessing Rudolph (2017); Affordable Housing in New York (2015); and Summer in the City: John Lindsay, New York, and the American Dream (2014).

Goldstein is the recipient of fellowships and awards from the Graham Foundation for the Advanced Studies in Fine Arts, the Society of Architectural Historians, the Society for American City and Regional Planning History, the Center for the Humanities at the University of Wisconsin-Madison, and the Charles Warren Center for Studies in American History.