Formal launch of the school year. Studio professors will accompany students to this event.

PLOT is an award-winning annual journal produced by the Master of Landscape Architecture students of the City College of New York’s Spitzer School of Architecture. The theme of PLOT Volume 5 is FILTER. The wordfilter operates as both noun and verb, evoking multiple interpretations: to filter is to edit, to sift, to screen. It suggests [...] 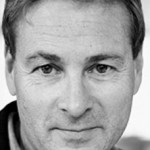 Free and open to the public Moderated by: Lance Jay Brown, FAIA & ACSA Distinguished Professor of Architecture Reiulf Ramstad, newly inducted 2016 Honorary Fellow of the America Institute of Architects (AIA), will discuss the greatest influences of his work. Ramstad is the Design Director of the firm Reiulf Ramstad Arkitekter – RRA, an 18-person [...] 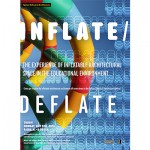 Come get inspired by inflatable architecture and bounce off some stress in the Spitzer School of Architecture Gallery today! Brought to you by the American Society of Landscape Architects Student Chapter. Also on view: Ant Farm's 1971 Inflatocookbook, courtesy of the SSA Exhibitions Committee 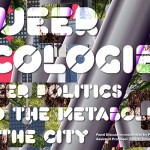 Queer Ecologies: Queer Politics and the Metabolism of the CityMonday, May 2, 2016 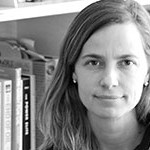 Thursday, April 14, 2016 Introduction: Catherine Seavitt Nordenson Kate Orff is the founder of SCAPE, a landscape architecture and urban design firm based in New York. She is also the Director of the Urban Design Program at Columbia GSAPP. Kate was named a United States Artist fellow in 2012 and received an award from from [...] 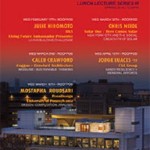 Wednesday, April 13 Jorge Luaces ’77 B Arch CSA Group Sandy Resiliency + Renewal Efforts   All lectures are free and open to students on a first-come, first-served basis. Lectures take place in the Solar RoofPod atop the Spitzer School at 12:30 p.m. 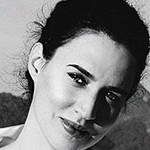 Thursday, April 7, 2016 Introduction: June Williamson Since 2000, Carla Juaçaba developed her independent practice of architecture and research based in Rio de Janeiro, Brazil. Her office is currently engaged in both public and private projects, focusing on housing and cultural programs. During her first year after college (2000) she worked on the project named [...]