A Lecture by Reiulf Ramstad 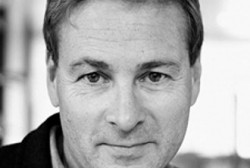 Free and open to the public

Reiulf Ramstad, newly inducted 2016 Honorary Fellow of the America Institute of Architects (AIA), will discuss the greatest influences of his work. Ramstad is the Design Director of the firm Reiulf Ramstad Arkitekter – RRA, an 18-person firm located in Oslo, Norway and Innsbruck, Austria. RRA was selected by an international jury for the 2015 Architizer A+ Awards, Firm of the Year. RRA has earned a reputation for creating bold, simple architecture with a strong connection to the Scandinavian context and the impressive Scandinavian landscape in particular.

In 2004, RRA won the competition for the Trollstigen Visitor Centre, in Møre og Romsdal, Norway. This facility, completed in 2012, is one of the largest designs of the now famous Norwegian Tourist Route structures. It is set in a stunning natural environment and provides a prime example of how the deep understanding of a place can lead to innovative modern architecture.