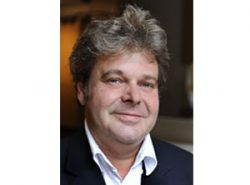 He guest edited his first AD, Architects in Cyberspace in 1995 (with Martin Pearce) followed in 1996 by Integrating Architecture (1996), Architects in Cyberspace II (1998), Young Blood (2000), Reflexive Architecture (2002), Protocell Architecture with Rachel Armstrong (2010) and Drawing Architecture (2013).  Neil’s numerous books include Cyberreader: Critical Writings of the Digital Era (2002), Digital Dreams - The Architecture of the New Alchemic Technologies (1998) and Visionary Architecture – Blueprints of the Modern Imagination (2006).  He is on the AD editorial Board. He is internationally renowned for his drawn architectural design work which has been published and exhibited on many occasions worldwide and is in many collections. Since 1998, he has produced the epic COMMUNICATING VESSELS project. His new book Surrealism and Architecture: A Blistering Romance was published in October 2016 by Thames and Hudson.