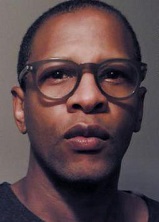 Born and raised in New York City, Shawn Rickenbacker holds a bachelor of Architecture from Syracuse University, a Master of Architecture from the University of Virginia and a Certificate in Interaction Design from NYU. He is a partner at the design firm Rickenbacker + Leung llc founded in 2005, notable for such projects as Re: Vision Dallas and the Renaissance Ballroom redevelopment in New York. He also is cofounder of the technology, data and design consultancy Urban Data + Design, currently working on the design and implementation of ambient and embedded technologies in the physical environment intended to enhance spatial awareness and cognition.

He has lectured throughout the US, Canada, London, Helsinki, Barcelona and Havana on his research and professional work which has also received numerous awards, exhibited and appeared in The New York Times, CNN International, Global Architecture and Fast Company. He’s taught in London at the AA, Ohio State, Syracuse University and is currently a faculty member at the University of Pennsylvania Graduate School of Design where he teaches design studios and spatial physical computing. There he also heads the Futures Interaction Lab, a Motorola funded design research lab, conducting research on the convergence of digital and physical space. In April 2015, he was the organizer of the Motorola / PennDesign symposium Non-Discrete Architectures: Digital Prosthetics, Connectivity, and Augmentation, which explored the evolution of new spatial design paradigms addressing the multi-dimensional world and the culture of technology, including coding, data, spatial networks, robotics and augmented space.