Final Reviews are open to the public and run until approximately 6:00 p.m. each day.

*Advanced Studios may include students from B Arch fourth- and fifth-year, M Arch I third-year, and M Arch II. 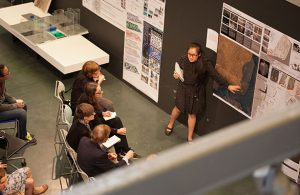